Nuwamba Has Plenty of Love To Share After 16 Years From His Debut Album. It has been 16 years since Nuwamba’s first studio album, Above the Water, drew instant international attention. In 2005, the neo-soul and R&B artist landed on the Billboard Top 100 chart and made it into MTV. He even remembers seeing his photo in Upscale magazine next to Rihanna’s, back when her career was just starting to take off. 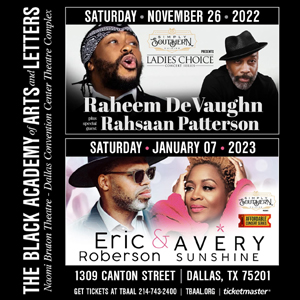 In November 2021, after seven years working on a new project, Nuwamba released his sophomore album Love Ase, which translates from the African language of Kwa to “Love so be it.” In the 16-year gap between his two albums, Nuwamba has been on a spiritual journey of self-discovery. During that time he was introduced to the ancient African religion of the Yoruba people, and he wanted to incorporate the culture that is now a part of his everyday life into the album title.

Love Ase features production from mainstream talent in the form of Chad C-Note Roper and Madukwu Chinwah. C-Note has worked with superstars such as Rihanna, Gucci Mane and Usher, and Madukwu is a Dallas native and multi-talented music maker who won a Grammy Award for his production on Erykah Badu’s Baduzim.

Many critics weren’t sure if Nuwamba still had it in him to create more timeless music and even take that next step as the music industry evolved, he says. Nuwamba says he felt stuck in the industry transition, having lost thousands of followers on Myspace when the site became irrelevant and streaming platforms such as Spotify and iTunes rose to having control of how most music is now distributed.